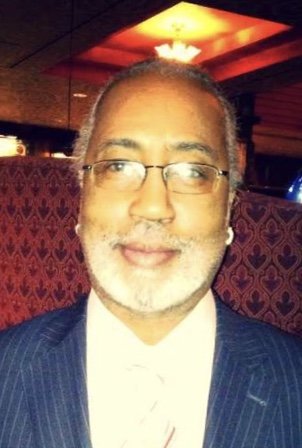 Tyrone D. Harris was born on July 27, 1953, in Atlantic City, New Jersey to Marionette Davis Harris and Frank Harris.  He departed this life on Wednesday, January 23, 2019.  Tyrone was a lifelong resident of Atlantic City, having attended the local public schools, graduating from Atlantic City High School, and attending The Juilliard School.

Tyrone, known as “The Maestro”, was a well known musician not only in the Atlantic City area, but had also been quite involved professionally in the music world.  He had been a part of several bands in this area and also had played with some of the great names around the country in the entertainment field such as Diana Ross and Billy Preston.

Prior to his illness, Tyrone had been the Minister of Music of Asbury United Methodist Church in Atlantic City for over twenty two years.  He was director of the choir and the Asbury Band.

He leaves to cherish fond memories: his wife, Valerie M. Harris, of Atlantic City; his children, Tyrone Harris, Jr. of Mays Landing, and Lahkim Shabazz of Tampa, Florida; a sister, Nezida Davis of Atlanta, Georgia, 6 grandchildren and a host of other loving relatives and many dear friends.

Share Your Memory of
Tyrone
Upload Your Memory View All Memories
Be the first to upload a memory!
Share A Memory
Send Flowers