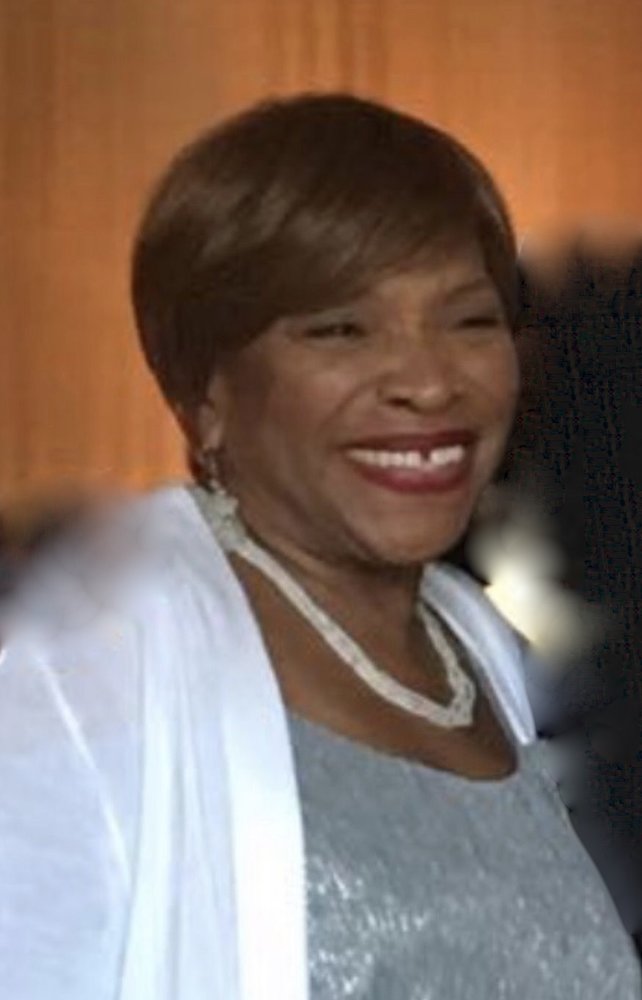 Yvonne Arlene Willis Brooks was the first born of the three children to Thomas Meredith Willis and Ruth Ellen Holman Willis on June 23, 1946 in Philadelphia, Pennsylvania.  Affectioatley known as GiGi, Yvonne was baptized at North Penn Baptist Church and worked faithfully in the church from a young age.

In her youth,Yvonne was an avid reader, seamstress and dancer.  She was a trailblazer always interested in storytelling, crafts and travel.  In the summers, she and her family took road trips to visit historic places between Virginia and Canada.  During this time, she was exposed to the sensation of American and African American culture which enhanced her passion for expressive culture from dance to fashion.  Her curiosity endeared her to many.  Innovative and creativity were operative words in describning her.  These qualities, along with her joie de vivve influenced her to pursue careers in education, travel and tourism.

Not only was Yvonne brought up in a loving, nuturing and supportive Christian home, she was also encouraged by her parents to excel in school and to use her education to uplift and teach others in her community, and to look for the goodness in others.  As her mother said to her each morning "This is the day the Lord has made, let us rejoice and be glad in it."

Yvonne was educated in the School District of Philadelphia, graduating from FitzSimons Junior High School and West Philadelphia High School.  Upon graduation , she went on to attend Howard University, California State University, Los Angeles and Cheyney State College (Cheyney University) where she earned a Bachelor of Science degree in Education.  Yvonne worked in her parents' grocery store and was a young enterpreneur selling water ice in North Philly at the age of ten.  She also was a babysitter for family members and neighbors and later during her college years worked part-time at the United States Postal Servied to support her academic pursuits.

While actively teaching, Yvonne eventually went on to obtain a Masters of Arts degree in Special Education from Beaver College (Arcadia University), and a Principal's certificate from the State of Pennsylvania.  A lifelong learner, she continued her education taking language, computer, travel, and art courses and making new friends along the way.  Yvonne was employed with the School District of Philadelphia for over 35 years as a special education teacher. Her work involved teaching young adults with learning disabilities.  Thoughout her career in the School District of Philadelphia she performed numerous duties and participated in various professional development seminars, which helped her improve her craft in assiting with the educational growth of her students.  Her mission was to uplift, encourage students to work up to their potential, and to help students develop their self-worth and self-esteem.

On July 28, 1973, Yvonne was united in marriage to Clarence Jerry Brooks.  They were the proud parents of three chriden - Mecca, Meda and Kalia.  Yvonne and Clarence, who preceded her in death, had an enviable love story.  They met in their youth and stayed in contact as their lives took them to different parts of the world.  She collected the love letters he sent during their courtship and over the past five years she was in the process of writing a book entitled,  "I just Wanna Dance" about their early encounters.  She worked on the book project in the Lloyd Brown-Kimathi Mohammed Memoir Writing Group held at the Black Writers Museum.  Yvonne and Clarence were happily married for 37 years, and would share in their mutual love cultural tourism, together.  Yvonne was a dedicated wife and mother who instilled a sense of joy, adventure and imagination in her children.

Yvonne was not only a writer but also a quilter and artist who was passionate about dance and had an innate love for people.  She would seek out groups and organizations where she could express both.  Yvonne was the President of the Elizabeth Missionary Society and member of the Flower Club of North Penn Baptist Church.  She was also Co-Director of the Women's Service Committee of the Progressive National Baptist Convention.  She was on the Board of Directors and Director of Education for the Travel Professionals of Color (TPOC).  She was also a founding member of The Women of Winslow and the Association of Business Leaders & Entreprenecurs (A.B.L.E.) in Winslow Township, New Jersey, and belonged to the Dave Bush Dancers line dancing group based in Philadelphia, Pennsylvania.

Share Your Memory of
Yvonne
Upload Your Memory View All Memories
Be the first to upload a memory!
Share A Memory
Send Flowers