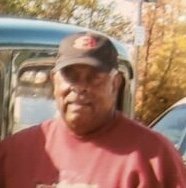 Clarence Harvey was born to the late Edward and Ella Harvey on October 22, 1935 in Moorestown, NJ.  On Tuesday February 5, 2019, he entered eternal rest.

He was educated in the Moorestown School system.  In 1955, Clarence enlisted into the United States Air Force where he served as an Air Policeman until his discharge in 1959.

In November 1969, Clarence married the love of his life, his beloved “Doll” Pauline Searles.  From this union, they were blessed with three children Dwayne, Antoine and Annette.

Clarence began his career in the petroleum industry working at Joe Beam’s gas station.  He later started delivering oil for ESSO in Burlington, NJ before moving on to Exxon in Paulsboro, NJ.  He was a truck driver for EXXON for over 20 years. He simultaneously worked for Mohrfeld Oil and Heating in Collingswood, NJ for 25 plus years.

He enjoyed playing and watching all sports.  He began playing football at a young age, which turned into his love of coaching.  He coached Pee Wee football and at Camden Catholic High School for several years. He enjoyed playing racquetball and bowling on various leagues.  He looked forward to his annual guys trip to the Superbowl and Indy 500 with his friends. He also had a love for cars, owning many classics such as a 57 Chevy, a GTO, an El Camino and his pride and joy his 1931 Ford Model A.  He enjoyed going to car shows and talking to other car enthusiasts.

Clarence was a very loving and devoted husband, father, brother, uncle, friend and Pop Pop, who will be greatly missed.

He was predeceased by his wife Pauline, son Dwayne, brothers James and William, sisters Roslyn, Evelyn and Laura.

Share Your Memory of
Clarence
Upload Your Memory View All Memories
Be the first to upload a memory!
Share A Memory
Send Flowers