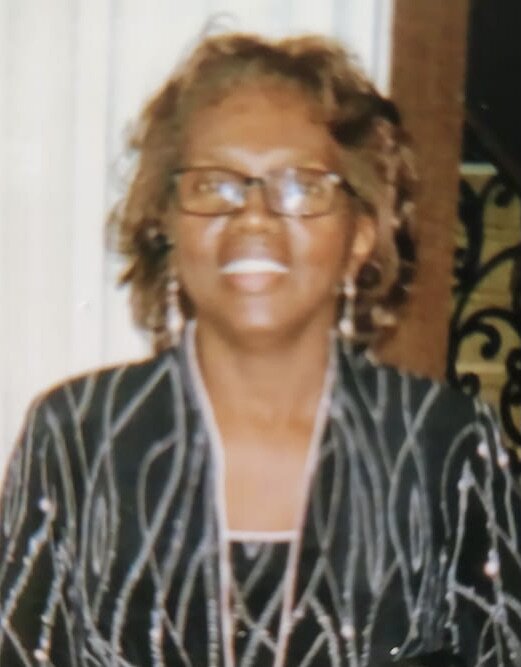 Please share a memory of Patricia to include in a keepsake book for family and friends.
View Tribute Book
Patricia Diana El, the 3rd of eight children, was born to the late Leon and Elizabeth Wanzer (nee Covington) in Camden, New Jersey on May 30th, 1952. Patricia, who everyone called Pat or Patsy, graduated from Edgewood Regional High School in 1970. She was a member of the orchestra and the field hockey and softball teams. In her youth, Pat was a member of the New St. John C.M.E. Church in West Atco, New Jersey which her grandparents founded. Pat began singing at a young age. Throughout her life, she loved to sing and would often join her sisters and cousins in performing their favorite hymns, first as part of the Brownie Cross Children’s Choir and later the Adult Choir. Her church duties included usher, Trustee, Building Fund Committee, Sunday school teacher, and transporting children to and from Sunday school. Later she became Director of the New St. John’s Children’s Choir. Pat married her high school sweet-heart Daniel Talley and to this union two children were born, Danyel and Daniel Junior (DJ). Later in life she married Thomas Ellison-El. Pat loved shopping, gardening, photography, traveling, sewing, crafts, and trips to the casino. She was President of the Wanzer Family Reunion Committee. She led the organizing of several family reunions and a family cruise. Pat was a hard worker her whole life. Pat began her career in carpentry assisting her husband Tommy who was restricted by ALS (Lou Gehrig’s) disease. Without hesitation, Pat was hands-on completing the remodeling of their home per Tommy’s every instruction. Soon after, Pat became involved in the ALS organization to better understand the disease’s impact. Pat earned certificates from Camden and Gloucester County Vocational Schools in Construction Project Management and Rough Carpentry. For many years, she worked in asbestos removal. However, she was also an entrepreneur and operated her own home remodeling business called She’s Able Too Construction. Pat could install hardwood and tile floors, siding, roofing, put an addition on a home, and any other carpentry and tile service you can name - and she was good at it. There was no job she could not handle. When Pat grew weary of carpentry, she made a courageous decision. In her 50’s, she went back to college. She attended Miles College in Alabama for one year. She then transferred to Montclair State University in Montclair, New Jersey and earned her Bachelor’s degree in Religion and Sociology in 2012. But what she really desired was a career that would allow her to pursue her true passion of advocating for the elderly. To that end, Pat enrolled at Lutheran Theological Seminary at Philadelphia and earned her Master’s degree in Public Leadership. For the last years of her life, Pat found her true calling in working with the elderly residents at Paul’s Run and Saint Joseph Villa residential communities in Pennsylvania as a Residential Coordinator. Pat truly loved working with the residents and believed this was what she was meant to do. Pat was someone who always let you know what was on her mind and where she stood on any subject. Some people were able to deal with it better than others. But when all is said and done, Pat had love for everyone. She loved her children, her grandchildren, her great-grandchildren, her nieces and nephews. When the children were younger, she would always have them with her. She enjoyed taking them on annual trips to see Disney on Ice. She also loved taking them on shopping trips and hosting countless sleepovers. Having completed her mission assigned to her by God, Patricia Diana El was called to eternal rest on the afternoon of Saturday, January 7th, 2023 at 4:05 pm. Pat loved her family. She is preceded in death by her parents and her husband Thomas Ellison-El. She leaves to cherish her memory: Children: Danyel (Ausar), Daniel “DJ”, Aishia “Peanut”, Juliet (Anthony); Grand/Great- Grandchildren: Dior Sr, Euvona, Rickia, Thomas, Isryel, Danica, DanNae, Dazmire, Nasir, Kaylahni, Dirinity, Amirah, Dior Jr, Rashon, Anisa, Noel, Lailah, and King; Heart Treasures: All of her Nieces and Nephews and God-children; Siblings: Edward (Sheila), Rasheed (Fareedah), Mark, Wallace “Hank”, Bobby (Grace), Barbara (Bill), Alvinia (Dolly), Deborah (Debby), Denise “Penny”; Brothers-in-law: Eugene Ellison and Sam Ellison (Patricia); Aunts: Augustine Dickerson, Anna Mae Covington, Marie Covington, and Madeline Maxwell; “Her Work Family”: Mrs. Katrina, Mrs. Lynne, Mrs. Donna and the entire community at Saint Joseph Villa and Paul’s Run; Special Friends: Remy and Loretta. A host of family and friends. Rest well Pat. Thank you for the love, the laughter, the lessons, and for leading by example. We love you and are very proud of you.
Print
Monday
16
January