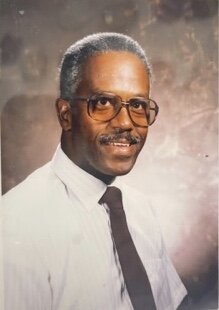 Please share a memory of Rev. James to include in a keepsake book for family and friends.
View Tribute Book
Rev. James Edward Saylor, Sr. was born, the youngest of six children, on February 22, 1937 in Asheville, North Carolina. At the tender age of twelve, he was baptized and became a member of Browns Temple CME church of Asheville, North Carolina. He was educated in the Asheville Public School system and graduated from Stephen’s Lee High School. In 1961, Rev. Saylor moved to Philadelphia, Pennsylvania. It is here, he was inspired by the Billy Graham Crusade, to rededicate his life to the Lord. Shortly after, he joined Faith Baptist Church. He received the call of service unto the Lord and he began ministering on a street corner in the beautiful city of Philadelphia. The call to ministry was disclosed to and acknowledged by his pastor and congregation. After giving evidence that he possessed gifts for the work of the gospel, he was then licensed on May 13, 1964. While living in Pennsylvania, he attended Philadelphia College of the Bible and Rutgers University, Camden. In 1965, he joined Antioch Christian Community Church. Later, he moved to New Jersey where he worked for over thirty years and retired from Shirley B Foster Elementary School in Chesilhurst.. He also met the love of his life, Pearl Foxworth in Chesilhurst. Six months later, on December 25, 1965, they united as one. From their union of over 57 years, they were blessed with four beautiful children; James, Jodie, Jacqueline and Joseph. Pearl was and would continue to be the love of his life while his children were his pride and joy. They traveled on many road trips as a family to observe the beauty and intricacies of God’s creation. Rev. Saylor was ordained a pastor in June of 1974. Four years later, in July of 1978 he answered the call and was installed as pastor of Mt. Zion Baptist Church of Weymouth, NJ, where he would go on to humbly serve for thirty-eight years, during which time his health began to decline. He was given an honorary Bishop ordination in 2017. Under his discipleship, many have prospered in their individual callings. He not only brought the word, but physically worked in the house of the Lord. He and his wife continued to be dedicated members of Mt. Zion Baptist Church even after it had been turned over to new pastorship. His doors were always open for ministry. Whether he was coaching softball, serving on the Juvenile Conference of Camden County, or hosting the Good News Bible Club. Rev. Saylor would share the goodness of God with all whom he encountered. He has touched countless lives through ministry. He will forever be remembered as a God-fearing, generous, kind, and caring man. If he knew you were in need, he would do whatever he could to help. Rev. Saylor was predeceased by four siblings: Charles C. Saylor, Richard Saylor, Marie Austin and Lula Pollard. He leaves to cherish his precious memory: his wife, Pearl Saylor; children, James Saylor Jr. (Debbie), Jodie (Don) Robinson, Jacqueline Saylor and Joseph Saylor, Sebastian Foxworth (nephew); grandchildren, Jolene, Dori, Doreesa, JoDanya, Kelli, Lee Jr, Jazmine, Kahaleel, Billy, Cal’liki, Jaimee, Jacqueline Jr, Joseph II, Jacob, Carl, Tyric, Ashley and Alexis; great-grandchildren, Jaden, Jashon, Jabril, Jaida, Tamir, Jaiah, Jeremy, Nasir, Mackenzie, Olivia, A’yan, Nysai, Andre, Adrian, Calvin, Cameron, Cassidy, Noah, Miles, Charlie, Daisy, Jiovanni; one great-grandchild on the way, Amani; sister: Stella Crawford and a host of godchildren, nieces and nephews.
Wednesday
11
January