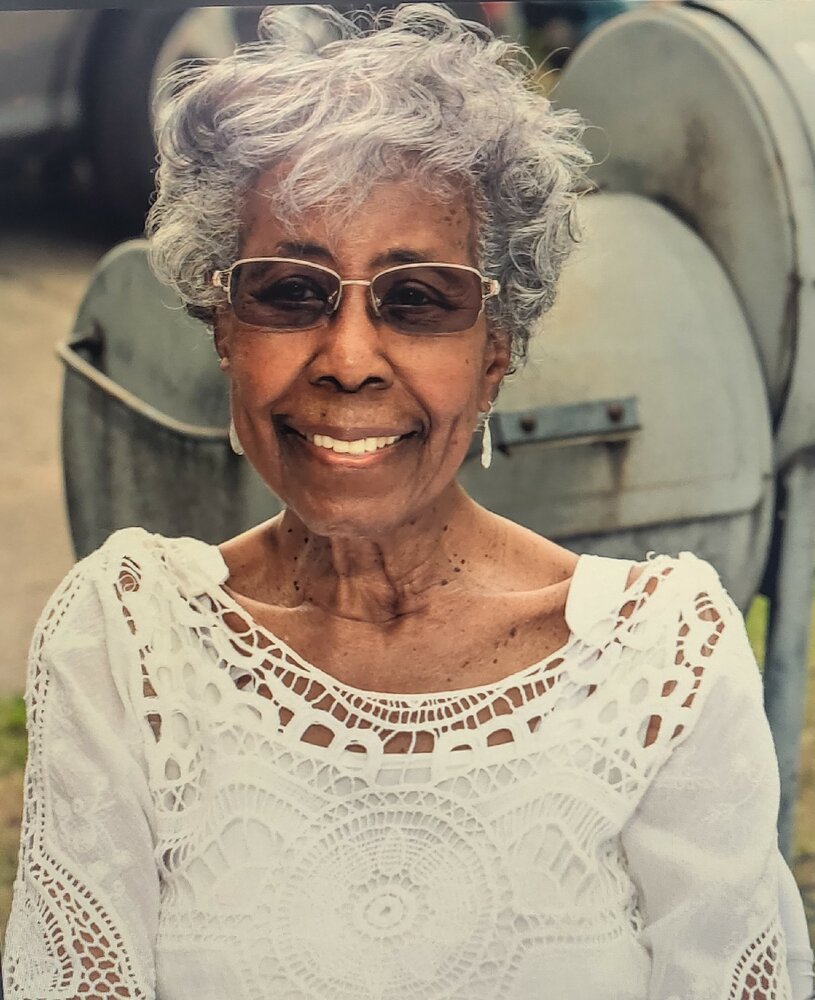 Please share a memory of Lena to include in a keepsake book for family and friends.
View Tribute Book
Lena Lillian Powell (nee Frazier) was born to the late Ross Frazier Sr. and Clara Frazier (nee Morgan), on August 8, 1928, in Little Rock Arkansas, Pulaski County. She was the fifth of eight children born to that union, preceded in death by all: Hazel (Hazel Lee), Robert (Brother), Ernestine (Tee), Athernette (Nette), Harriet (Hattie), Charles (Charlie), and Ross (June Bug). By 1930, the family moved to Howellville, Pennsylvania before settling in Philadelphia in the 1940’s, where she attended and graduated from West Philadelphia High School. The Frazier family was close knit and anchored in the Word of God. That foundation led Lena to accept Christ as her Lord and personal Savior at an early age. In her youth, she was an active member of Liberty Baptist Church, where she was baptized. Fun loving and outgoing, Lena had a serious no nonsense side that made her great at taking care of business and keeping kids in line. In the mid 1940’s, Lena met Sherman Powell, an Army soldier serving in the Signal Core. Lena and Sherman married in February 1948 and eventually welcomed a son, Gerald Powell. Initially residing in Philadelphia, the family moved to several places because of Sherman’s Army enlistment including Aberdeen, Maryland; Fort Drum, New York; and Germany. Upon return from Germany, Lena and her family settled in the Germantown section of Philadelphia; buying a house on Old Stenton Avenue where she lived for many years, up until recently. Lena was a modern woman in her younger days and carried that spirit throughout her entire life. Upon returning from Germany, she always worked. As a young woman, she held a position at the United States Internal Revenue Service, but ultimately landed a position for the Philadelphia School District as a Career Educational Advisor; a position that she held for the remainder of her career until retirement. In her middle years, Lena was in an accident that caused her to lose one of her legs. Always strong and resilient, she never let it stop her from leading an active and full life. As such, she continued to enjoy all the activities she enjoyed before the accident like driving and travelling with friends and family. In addition, that accident led her to the Carousel House, a recreational center for people with disabilities. Lena loved attending activities at and with the Carousel House. She also loved attending plays at Sights and Sounds, a Biblical production company. Out of all her sisters, the family has said that she was the one that had the mental fortitude to overcome such an event. An active church member and woman of faith, Lena was a member of the Church of the Open Bible since the early 1970’s. For many years, she was responsible for the weekly service bulletin, a responsibility that she took on faithfully and diligently. Additionally, she was integral to the Daily Vacation Bible School program at her church, but she also travelled to other churches, like Green Grove Baptist in Berlin, New Jersey, and participated in the administration of their vacation Bible School programs. She was always a witness for Christ and could be counted on to provide counsel to anyone that desired it. Lena served the ministry until her health left her unable to do so. At her core, Lena was a loving wife, mother, grandmother, aunt, and friend, who could be counted on. She nursed her husband up until his death; provided love, nurturing and support to her child and grandchildren; was a forever friend to her daughters’ in-laws Jocelyn and Marlene; and a real friend to her bestie Evelyn and nieces Kim and Pam. She was very close to her siblings and extended family; they had unshakable bonds. Lena leaves of legacy of faith, love, and truth to her family here that will continue to celebrate her life. They include: her son Gerald; grandchildren: Gerald Jr, Victor, Michael, Marcus, Jonathan, and Steven; 13 great-grandchildren; sisters-in-laws Betty Frazier and Thelma Frazier; brother-in-law Howard Speed; and a host of nieces, nephews, cousins, other family, and friends. She will be missed.
Saturday
1
October

Share Your Memory of
Lena
Upload Your Memory View All Memories
Be the first to upload a memory!
Share A Memory
Send Flowers
Plant a Tree