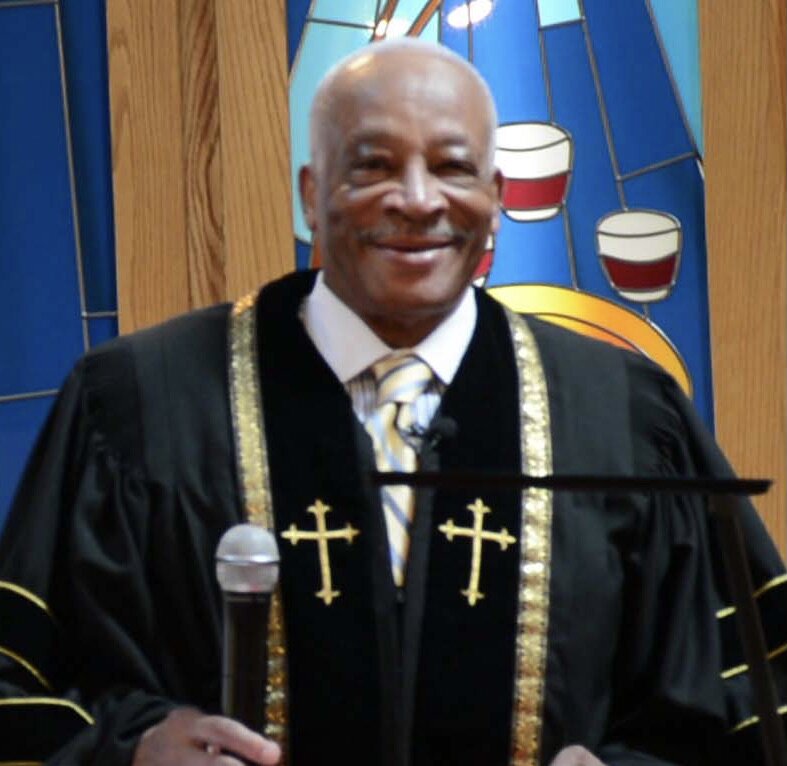 Please share a memory of Rev. Edward to include in a keepsake book for family and friends.
View Tribute Book
Edward James Bryant Sr. was born on August 13, 1942 in Moultrie Georgia to the late Eddie Jack Chapman and Margaret Bryant (nee Davis). Edward, nick-named EJ, and his family moved to Philadelphia Pa. in 1947. He entered the Philadelphia school system and attended the Corinthian Baptist Church of Germantown. EJ accepted the Lord at a very young age. He often said that his mother took him and his siblings to church almost every night. He said he thought to himself; “If I ever get out of this, I will never go back to church again.” For a time he did sew a few wild oats. But God had other plans for him. EJ moved to Atco N.J. with his aunt & uncle. As a teenager he helped to build the new edifice for Greater Calvary Baptist Church in West Atco N.J. He became the Pastor of that same church May 18, 2019. EJ met Janice Harmon in the winter 1962. They dated for a year or so then went their separate ways. However, they reunited and married April 6, 2002. Their blended family consist of six children (one deceased), twenty-two Grandchildren, and nineteen great-grandchildren. Pop Pop EJ, loved and spoiled them all. Rev. Bryant and his wife Janice loved traveling with the National Baptist Convention. She would take an empty suitcase for him to buy her new clothes and hats. He had a half empty suitcase to buy books. EJ was ordained February 20, 1999 in Wayne N.J. Rev. Bryant was a Christian educator and strongly believed in education. Working all of his life with unions, he was a graduate of Rutgers University in Labor Education; a graduate of Pastoring With a Purpose Christian Development Institute; degrees in Religious Education, Counseling, and Theology from Geneva College, Covington Bible Institute and Seminary Rossville Ga. Reverend Bryant earned two Doctorates at S.O.T. Bible Institute and Seminary of Richmond Va. Reverend Bryant held key positions in the Bethany Baptist Association from president of Camden County Church School and BTU congress up through Congress of Christian Education of the General Baptist Convention NJ; Dean of Religious Education for Camden County Christian Leadership School; Assistant Administrative Assistant to Moderator David W. Russell; Chaplin for the Camden County Correctional Facility in the City of Camden; a member of Concerned Black Clergy of Camden City NJ Rev. Edward J. Bryant Sr. leaves to cherish his memory his devoted wife Janice, son Edward J. Bryant Jr., daughters Ayanna Gaskins (Ron), Dreem Bryant, Zonya, and LaMonica. Granddaughters Lynnez, Mayya, Aaliyah, Asia, Dream, Briana. Grandsons Ronald Jr., Isaiah, Isaac, Ashton. Eleven additional grandchildren, nineteen great grandchildren, many godchildren, relatives, and friends.
Friday
12
August