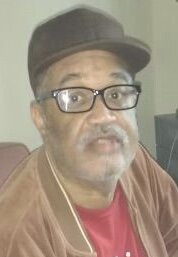 Obituary of Charles A. Hewitt

Please share a memory of Charles to include in a keepsake book for family and friends.
View Tribute Book
Charles Anthony Hewitt was born on February 7,1952 in Philadelphia PA. He was raised in West Berlin NJ where he lived with his mother Hazel Self and his step-dad Willie Self Sr. (deceased). He attended Edgewood Regional High School in Tansboro NJ where he left and started driving Tractor Trailers. He married Glenda Henderson and had two children. In Charles younger years he enjoyed wrestling. He wanted to become a professional wrestler. He auditioned many times (wearing his costume) but never made it to the big mat. His passion was Football. He was a die-hard EAGLE’S fan. He could not wait until game night to have his fellow eagle’s fan in the house discussing the game. Some nights where go and some not so good! In his own way Charles was our comedian. He always kept us laughing. He loved his family and friends and love when his aunt would do her family gathering to bring the entire family together. He moved back to Philadelphia with his Aunt Maxine and her family. They created a special bond that will always be in their hearts. Family is everything, some you’re born into, others you’re ingrafted into. Charles had the best of both worlds as seen in the creation of a circle of friends and support collectively, from Gatekeeper’s Ministries, the Beauty Studio Salon and the One Hundred block of Sylvania Street and vicinity because without fail cousin Crystal was recounting another one of his shenanigans. Charles was endeared to the hearts of many. Charles worked for many Trucking Companies and Berlin Rug Company. Charles went home to be with the lord on July 11, 2022 at Einstein Hospital, Philadelphia PA surrounded by his family. He is preceded in death by his step-dad Willie Self Sr., leaving to cherish his memory is his mother Hazel Self, son Lysimachus (Cindy), daughter Charlette (James) sister Sherry (Clent), sister Tina (Johnny), sister Jacqueline (Franklin Sr.), sister Tracey (Larry), sister Karen, brother Jeff; 5 grandchildren, 4 great grands, 1 special Aunt Maxine and cousin Crystal. A host of family and friends. Lovingly Submitted, The Family
Wednesday
20
July

Share Your Memory of
Charles
Upload Your Memory View All Memories
Be the first to upload a memory!
Share A Memory
Send Flowers
Plant a Tree