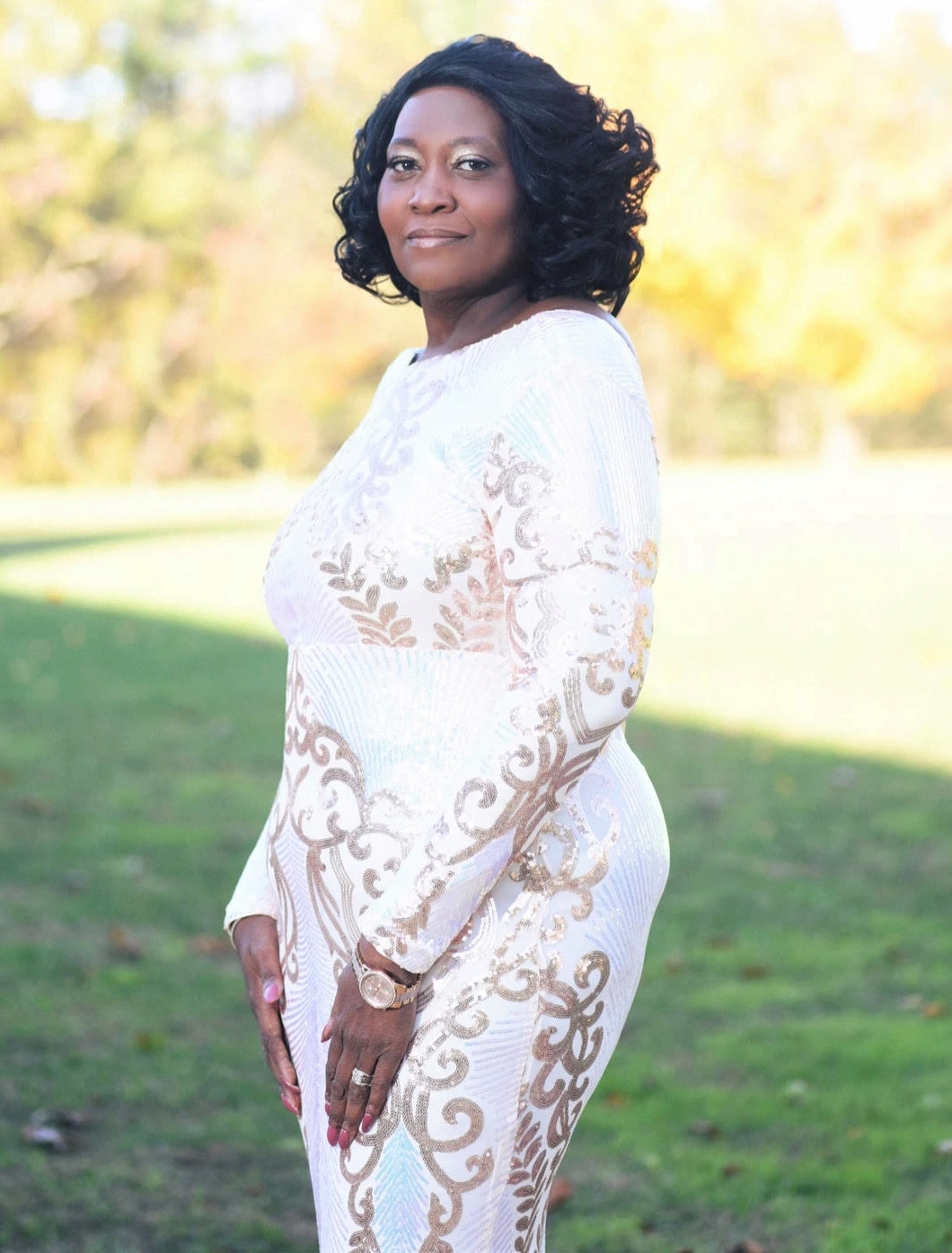 Please share a memory of Chiwonesa to include in a keepsake book for family and friends.
View Tribute Book
Chiwonesa Yvette (Atkinson) Hargrove was born in Bridgeport, CT. on January 9th, 1969. She was the only child of Brenda Faye Atkinson Bradley. Affectionately known as "Chewy", Chiwonesa was raised in a God-fearing home influenced by her grandmother, Mattie Pearl Atkinson, of Smithfield, NC, with her great-grandmother, 'Ma' Mabel McDaniel close by. Chewy later moved to East Orange, NJ at the age of eleven, where she and Brenda established their roots. As a young girl, Chewy persisted in the biblical principles and teachings that would guide her throughout her life. Under the tutelage of her mom, Chewy developed her gift of sewing, upholstery, and light carpentry. Chewy later became skilled at graphic designs, crafts and basically anything she put her mind to. These gifts would later manifest into a small business she founded, called 'Creative Legacy Designs'. Chewy was educated in the East Orange public school system, graduating from Clifford J. Scott High School in 1987. Chewy was very active in high school. She excelled socially and academically. She was a member of Scott's marching band and was appointed as the Drum Majorette in her junior and senior years. Chewy also played a mean tenor sax. Her academic prowess and likeable personality earned her the position of Sr. Class Vice President. Chewy continued her education at Xavier University and Southern University in New Orleans. Later, as an adult student, Chewy would attend Cain University where she fortified her knowledge of the Bible. In 2021, Chewy graduated from the National Association of Christian Counselors as a licensed certified biblical family counselor. In the summer of 1986, Chewy met her future husband, James Hargrove Jr., at Marshall's in West Caldwell, NJ. James would tell anyone that would listen that he met his wife at seventeen. From this blessed union, Chewy and James welcomed their eldest child, Ayana Naliya in 1991. On September 18th, 1994, Chewy and James married with Ayana in tow as the flower girl, Brenda giving Chewy away and James 'Pug" Hargrove, Sr., standing as the best man. In 1997, Chewy and James' second child, James Xavier made his debut to the world. In addition, Miracle, was adopted into the family at the age of seventeen in 2009 and has been part of the family ever since. Chewy had a special relationship with all her children and shared a different 'love language' with each of them. Chewy was also proud 'MiMa' to four beautiful grandchildren, Jason, Greg, Nathan, and Kennedi. Chewy also had a very special relationship with her son-in-law Durell, and her son's loving girlfriend, DeJanae. Chewy worked in the private sector as a certified Flavor Chemist. She began her career at Universal Flavors in Kearney, NJ as an apprentice in 1991. Chewy then moved on to several companies within the flavor industry, gaining knowledge and certifications along the way. Chewy spent most of her career at I. Rice and Company in Philadelphia, PA. where she developed flavor formulas for high-profile clients and was considered a subject-matter expert in the field. Throughout all the education, life events, and accomplishments, Chewy's endearing impact to this world was her love of God and people. Chewy was very active in the ministries she served, including Union Baptist Church, Holy Dove Christian Fellowship, Keys to Life Ministries and the church she founded, WholeFaith Christian Worship Center. Chewy was ordained as a Minister of the Gospel under Bishop Marcus G. Barnes. After a move to Willingboro, NJ she was ordained alongside her husband in the office of Pastor, presided over Pastors Jeff and Avril S. Lewis at Keys to Life Ministries in 2010. Chewy's passion for following the Lord led to the foundation of a ministry from which many arms were established. She had a heart for young people, particular young women. Seeing a need for young women to realize the importance of being viewed as young 'ladies', Chewy created P.E.A.R.L., in 2010 (Poised Elegant Anointed Regal Ladies). The group was formed to instill lady-like etiquette thru Christian values. In 2015, Chewy founded the WholeFaith Christian Worship Center and was mentored and covered by Bishop Wynell Freeman of Fresh Word Kingdom Assemblies. She loved her church and pastored WholeFaith for seven years. Chewy received divine revelation to release another ministry thru her health battle. She recognized that there was purpose in her fight and 'Resilient Me' was born as a result in 2021. 'Resilient Me' was her last ministerial work before the Lord called her home. The ministry was founded to empower all people and to remind them of the power they have within. Remarkably, Chewy was able to organize and attend the inaugural two-day conference just a week before she passed. Chiwonesa is survived by her loving husband, James, children, Ayana (Durell), Miracle and Jaymes (DeJanae), grandchildren, Jason, Gregory, Nathan and Kennedy, sister-in-law, Yvonne,niece, Erykah, a host of cousins, who are as close as sisters and brothers, aunts, uncles, and lifelong friends. Chiwonesa was preceded in glory by her mom, Brenda, grandmother, Mattie Pearl, great-grandmother, Mable, mother -in-law, Lauren, father-in-law, James Sr., as well as close uncles, Ricky and Derry and another aunt, Jewel in addition to other beloved family members. Chewy’s favorite biblical account was the “woman with the issue of blood”, (Mark5:25), which is the foundational scripture for WholeFaith. She believed that this story illustrated the faith needed to sustain believers in every situation. “Well done, thou good and faithful servant” The family would like to thank everyone for their condolences, services, reflections and prayers.
Friday
10
June

Share Your Memory of
Chiwonesa
Upload Your Memory View All Memories
Be the first to upload a memory!
Share A Memory
Send Flowers
Plant a Tree