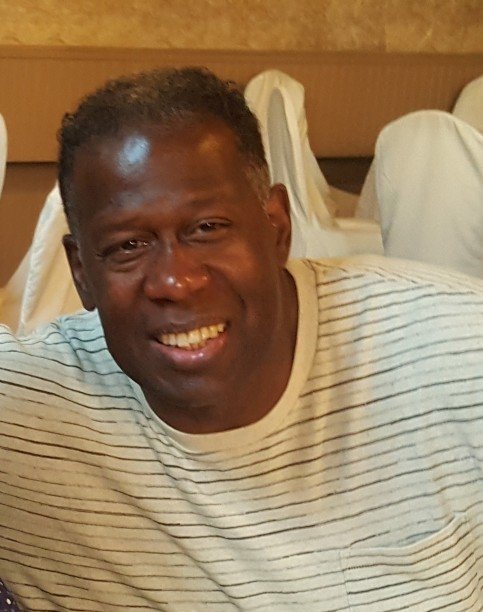 Please share a memory of Walter to include in a keepsake book for family and friends.
View Tribute Book
Walter Joseph Fuller, affectionately known as Walt or Coach Fuller, was born on May 9, 1964 in Philadelphia, PA to the late Lillian Theresa Fuller and Charles Henry Fuller Sr. Walt attended Monsignor Bonner High School where he honed his talent and love for basketball, becoming a valuable member of the basketball team. Walt went on to attend Drexel University, becoming an exceptional student athlete. He was a two-time co-captain and was named the team’s Most Valuable Player for the 1985-86 season. During that season, the Drexel Dragons won the league title and made their first NCAA Division I tournament appearance. Walt finished his career with 1,159 career points and is ranked fifth in career free-throws percentage at Drexel. Walt is still ranked in Drexel’s top 20 in career assists and steals. Walt graduated from Drexel with a Business Administration Degree in 1987. Walt returned to Drexel as a coach in 1988 to begin a successful coaching and recruiting career. He was a Division I College Coach at Drexel University, William & Mary University, University of Virginia, LaSalle University, University of Alabama at Birmingham and University of Maryland Baltimore County. During his 20+ years of coaching and recruiting, “Coach Fuller” has mentored many children and young men, who have gone on to have successful Professional basketball careers including Malik Rose, retired two-time NBA Champion. Walt’s passion was in coaching and mentoring young boys and girls, exemplifying leadership and giving them direction to be successful in life. Through his love of coaching, Walt created The Walt Fuller Basketball Camp, an annual program, spanning more than two decades. This program not only taught the fundamentals of basketball but also cultivated essential life skills. He saw the value in reaching back into the community as a role model, inspiring young people to reach their full potential. Walt met and fell in love with his wife, Martina. They married in 1997 and from this union were blessed with two sons, Walter Joseph II (BJ) and Cameron Jackson (Cam). Walt was the consummate family man, who always put his family first. He participated in anything and everything that was important to his family. If it was important to them, then it was important to him. His attentiveness and nurturing helped his sons thrive personally, athletically and academically. They both became accomplished swimmers. He asked his wife, “What happened to the basketball gene?”. Walt was a kind, caring and selfless person, who never hesitated to lend a helping hand to those in need. Walt was notorious for staying in touch with people. He made sure he contacted people on birthdays, holidays and just because he was thinking of them. One of Walt’s favorite past times was getting together with family and friends and enjoying a good meal, especially Pizza and Wings. Walt loved good food and having a good time almost as much as he loved coaching. Walt leaves to cherish his precious memories: his wife Martina; two sons, Walter Joseph II (BJ) and Cameron Jackson (Cam); two brothers, Charles Fuller (Claire) and Bobby Magobet; two sisters, Charlotte Jahn and Rachel Slaughter (Warren); one uncle, Walter Anderson; Godfather to BJ and Cam, Casper Cooper; a host of nieces, nephews and cousins and a tribe of many close friends. Live Stream Service will be available. The tab to access the Live Stream service will be available on the left side of this page the night before the service.
Friday
23
April

Share Your Memory of
Walter
Upload Your Memory View All Memories
Be the first to upload a memory!
Share A Memory
Send Flowers
Plant a Tree