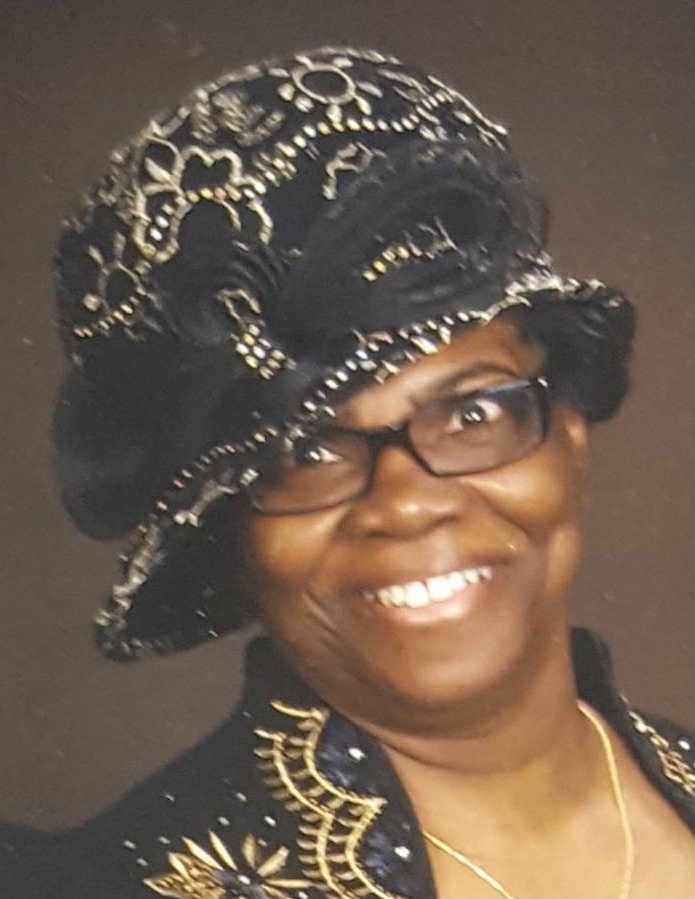 Please share a memory of Sheila to include in a keepsake book for family and friends.
View Tribute Book
Co-Pastor Sheila A. Brown was born on August 1, 1948, to Harvey and Fannie Mae (Kennedy) Mason in Atlantic City, New Jersey. She was educated in the Atlantic City Public School system and graduated from Atlantic City High School (and VocTech) in 1966. Sheila married her childhood sweetheart and the love of her life, Porter S. Brown Sr, on March 23, 1968. Their union has been blessed with four children, eight grandchildren, and three great-grandchildren. She departed this life on March 21, 2021. After high school, Sheila attended O.I.C Business School in Philadelphia, Pennsylvania being certified in clerical and business studies. She worked as a chambermaid, nurse’s assistant, personal home health provider, and Key Punch Operator. She also worked as the school secretary at Central Jersey Christian School where her youngest two children were students. She attended Monmouth County Bible Institute and Evangelical School of Biblical Studies to further her knowledge and growth in the Word of God. She continued her biblical studies at United Bible College and Seminary of Orlando, Florida, where she received a Bachelor of Arts Degree in Theology. Co-Pastor Sheila loved to learn and continued in her biblical studies until she was no longer able to do so. However, Sheila's greatest pride and joy was her decision to be a “stay-at-home” Mother for her four children. She believed that being “present” and providing a consistently stable, loving, and nurturing environment was essential to ensuring her children’s growth and development. She was an entrepreneur, creating, designing, and making church accessories for both men and women alike. She was a true “Proverbs 31” woman in every way. In her youth, she was a member of Holy Trinity Baptist Church in Atlantic City, N.J, where she served on the youth choir, usher ministry, and the BTU. In 1973, she joined Faith Baptist Tabernacle, with her husband and children, under the Pastorate of the Late Reverend Wilmore A. Carter; where she served in the Music Ministry. In 1981, her husband was installed as the Pastor of Faith. Shortly thereafter, Sheila heard and accepted the call on her life to preach the Gospel and was licensed in 1984. She was later appointed as the Elder of the Women's Ministry at the church. On Sunday, May 18, 2003, Sheila became a trailblazer for women in ministry by becoming the first woman to be licensed, consecrated, and ordained as an “Elder” in the history of Faith Baptist Tabernacle Church. She was also installed as the Co-Pastor of Faith. Together with her late husband, she served for over 35 years in the ministry at Faith Baptist Tabernacle. She labored in the office of Prophetess, Intercessor, and the ministry of healing and deliverance. Her love for God and His people was shown in her passion for grooming and mentoring women and youth. She was blessed to teach and preach at various conferences, churches, and workshops throughout the tri-state area. Co-Pastor was saved and her heart’s desire was to please her Lord and Savior Jesus Christ. Her quote was, “Making your calling and election sure - then allow God to work.” “Co,” as she was affectionately called by her late husband, loved to travel, take walks on the boardwalk, and visit her children and grandchildren while spending special time with each of them. She also loved rollercoasters and a good sale. We will never forget her excellent baking skills as she would famously making sweets for everyone. Sheila was predeceased by her parents, Harvey & Fannie Mason, and her husband of 49 years, Porter S. Brown Sr. She is survived by four children, Shannon Salter of South Carolina, Porter Jr (Charise) of Maryland, Lamont (Shalon) Brown, and Larteshia Brown, both of New Jersey; eight grandchildren, Shontay and Krystal Salter, Aaron (Kaylyn) and Brianna Brown, Omar and Elijah Brown, and Malachi and Miles Neal; three great-grandchildren, Saree Richardson, Carter, and Amira Hope Brown; her siblings, Harvey (Roz) Mason, Marvin (Rowena) Mason, Darlene (John) Lockett, Kenneth (Andrea) Mason, Wendy Mason-Harris (Eugene), Hattie Mason-Smith, Octavia Mason, Johnnie (Linda) Brown, Floyd (Clara) Brown, and Joyce (John) Howard; one aunt, Lucille Kennedy, and a host of nieces, nephews, cousins, and loved ones as well as her church family of Faith Baptist Tabernacle. Co-Pastor Sheila Ann (Mason) Brown, the wife, the mother, the daughter, the sister, the friend, the preacher, the prophetess, the mentor, the Servant of God; well done, rest from your labor in the Lord. Humbly submitted, The Family
Thursday
1
April