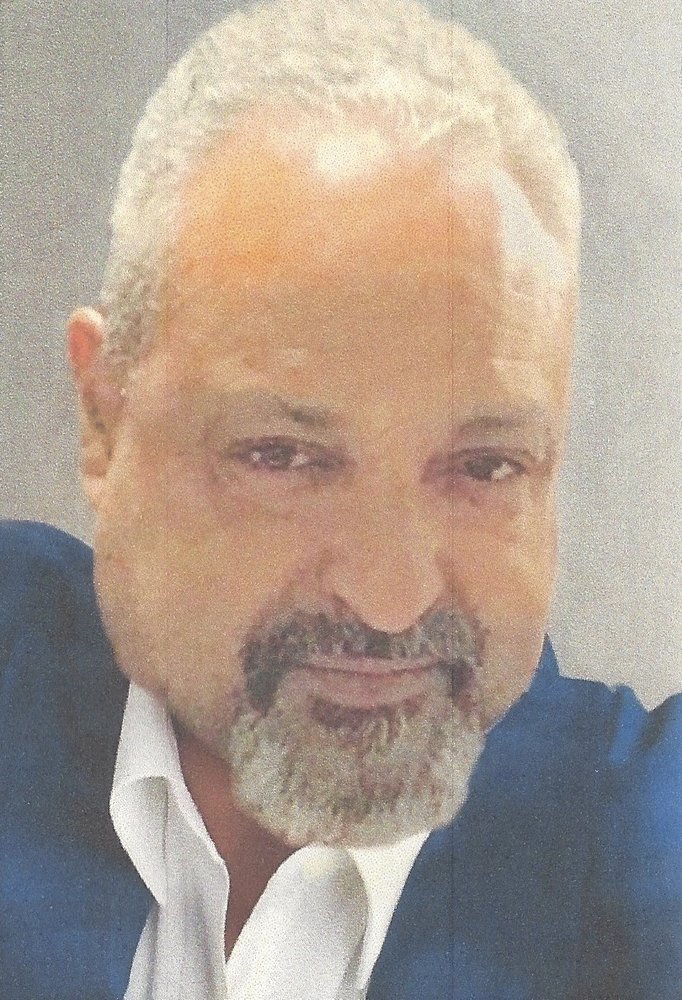 On Wednesday, April 16th 1958 in Jamaica, New York GOD blessed Carolyn J. Rollins Jefferson and Joseph T. Jefferson with a son, David Neil Jefferson who was predestined to leave the world a better place. His name, which means friend was drawn from the biblical character for whom he was named marked him as a complicated “Man of GOD’s own heart.” In his own personal and passionate way, he was a deeply spiritual, warrior prince, lover, and leader of men. He was truly this. As the third child of nine, David had a strong spiritual upbringing and lifelong commitment to GOD, family and country exemplified in everything that he did, from helping to support and nurture wholeness, opportunity and excellence in his family; to his stellar career in the military, to his altruism in his community for children and the vulnerable––his was a noble and loving life.

As a child of a career combat veteran, David’s childhood was shaped by early travels to several communities in and outside of the United States. While this has been proven difficult for many military families, this experience helped young David to become adaptable to many situations, developing skills and traits that would serve him well later in life. After returning to the US, his parents settled in Willingboro, New Jersey where David received most of his early education. He later went on to earn his bachelor’s degree in Criminal Justice from Kean University in NJ, where he was an outstanding Reserve Officer Training Corps (ROTC) student. All of David’s career was in one way or another in law enforcement and service to his community. David was a hero who overcame real struggles personal and social to fulfill a deep calling to serve others. Following his father’s example upon graduation from his undergraduate studies David joined the US Army. Later, he was employed by the Prince George County Department of Corrections in Maryland as a Correctional Officer supervisor, while at the same time starting his own landscaping company. After returning to NJ he re-enlisted in the US Army. Upon return from Operation Enduring Freedom, David was employed as a police officer in Louisiana. Of all of his work, he was most proud of his military career. He rose to the rank of Captain where he was a distinguished and decorated combat veteran. Captain Jefferson earned commendations for his valor in combat and for his efficiency and professionalism as an officer and leader. As the great-great grandson of the country’s very first African American commissioned officer 1st Lt. Stephen Atkins Swails of the 54th Massachusetts Infantry Regiment, Captain Jefferson distinguished himself in this great line of patriots and servicemen who all served their country in harrowing theaters of war––it was in his DNA! As part of his service to this country, he served as an Intelligence Officer and Deputy Brigade Commander for the 95th Military Police Battalion, at one time leading over 1500 men and women. As an Intelligence Officer, Captain Jefferson served on several vital extraction team missions alongside international NATO Forces in Korea, Germany; Croatia, Bosnia, Hungary, Sarajevo, Herzegovina (the former Yugoslavia). Just like his father and maternal ancestors before him, he was a steadfast combat veteran who served this nation with grit, intelligence and vigor as he led service men and women into battle. Stateside, Captain Jefferson was often called upon in his career to clean up teams that had experienced crises in leadership. He led with a blend of decisiveness, clarity, fidelity to the mission and compassion for his men. His military record recounts that, “Captain Jefferson is specifically noteworthy for his sound judgement, leadership, initiative and willingness to accept responsibility. He rapidly grasps new concepts and makes necessary changes. Further, he thrives under pressure and is totally reliable. Captain Jefferson is more proficient than most officers of his grade and experience, therefore it is recommended that he be given positions of increased responsibility.” This outstanding service was not cheap. it came at a cost to his body, spirit and health––no, Freedom is not Free! After his promising career in the service was shortened by the wear of combat on him, he came home to that battle that often follows many servicemen and servicewomen to regain his health and wholeness. After leaving the military, his return home reads like a movie script. He overcame many of the struggles that plague our veterans: homelessness, poverty, emotional isolation, and various forms of abuse to again rise to positions of leadership and responsibility where his heart for the vulnerable shown through. Every step in his return home and his return to wholeness rewarded him with the opportunity to help and serve others. David could not be still. A true striver, he obtained a NY Veteran’s Peddler’s License and again started a small business; then, he was asked to superintend an apartment building (eventually managing three large buildings simultaneously) in the Bronx until last year. As superintendent he used all his accumulated skills and abilities to preserve housing opportunities for vulnerable hardworking families; helping to keep children safe, maintaining properties and organizing activities in his community that raised the quality of life for his neighbors. Of all, the children in his community, especially fatherless children, looked up to him. He helped mentor, cajole and inspire these “at promise” children growing up in the heart of the South Bronx, who endearingly named him “Superman” for his many heroic deeds of protection and provision.

Captain Jefferson’s 61year journey took him around the world and through many twists and turns. David was well known for his love of nature; he would make a garden everywhere he lived, even in the concrete jungle in the Bronx he found the only patch of soil and made a beautiful flower & vegetable garden annually. One of his proudest moments was when he took the lead in coordinating the “Boynton Avenue Block Party” where he brought feuding neighbors and their children together. All who knew him knew that he always took up for the underdog. He regularly would visit disabled veterans and would NEVER walk past a homeless person without giving them an encouraging word and “a little something for their pocket.” David was very athletically inclined. He loved to play football and basketball but was an amazingly skilled baseball player. David was also an artist, he had an incredible natural gift for the fine arts and LOVED fishing..  David was a proud member of the American Legion 509 of Westhampton, New Jersey where he enjoyed sharing stories of valor (and mischief) with that comradery only known to service men and women, who risked everything for their country.

David was a strong man. He was also such a profoundly decent, charming and brilliant rascal. David was known for working hard, loving hard and playing harder. A fighter for right and a devoted and valiant son, brother, and friend.  Handsome and charismatic, he was both blessing and a walking heartache in love. If David ever loved you, he always loved you. David’s wit and wink got him into and out of his share of glorious adventures and shameless misadventures. Through it all, he was a joy to know and a devoted companion even through difficult times.

As an independent thinker, David had a strong personality and was known to speak his mind. He could be honest and frank to a fault - even down right rude in a hilarious sort of way. But he was true blue. Besides always proudly wearing his military dog tags around his neck, another tag he wore said “Master of Myself and Accountable ONLY to GOD” – and oh, how he meant this! Those who loved him experienced that mercurial mix of joy, devotion, heartbreak and utter frustration––often all at the same time. David had a special way of dealing with anyone who dared mess with his family, especially his sisters and nieces. If you ever made that mistake (and he found out about it), GOD be with you…for hell had no fury like the warrior-David roused in defense of the honor, safety and wellbeing of his precious sisters and nieces. He was dangerous to every careless cad. In every sense of the word he was our “big brother.” His chivalry was indeed a spiritual gift. As fierce as he could be; still, a lifelong friend was he to all. All who knew David, knew that he was a child of GOD - who else could love him so completely and unconditionally but GOD and his devout and devoted praying mother. She kept him before the LORD in every season of his life: in her womb, through adolescence, in service and battle and in every struggle in his life. As long as she lived, she kept a candle burning and a prayer of protection going for her David––she prayed a “Mother’s Prayer” for her soldier son. David always had a small but beautiful altar and worship space in the center of his living room. David truly trusted in his spiritual beliefs––always willing to fight and protect the vulnerable. He was also easy to forgive––even the day, or hour after a serious argument with a loved one. He applied his private and powerful spiritual principles in all areas of his life. He made some tough and painful choices: but, he had this indomitable integrity and code of honor by which he lived out what he believed that was endearing and redemptive. Everyone that truly knew him will miss him dearly.

After a long and courageous struggle with illnesses that were largely the consequence of his service to his nation, suddenly on the morning of Monday, November 4th 2019 our Lord and Savior called David to his heavenly home and rest, a soldier’s rest. He is predeceased by his devoted mother Carolyn J. Rollins Jefferson, and his beloved brother Todd E. Jefferson and he leaves to carry his rich legacy and cherish precious memories a devoted family and a life-long host of fierce and faithful friends. Left to mourn him are his son Johnathan Joseph Jefferson; his father Joseph T. Jefferson; his siblings Mark D. Jefferson, Lisa M. Jefferson-Singh (Ahmar), Michael C. Jefferson, Theresa J. Jefferson-Walls (Craig), Barbara D. Jefferson (Toby), Ann Marie Gabriel (George), Catherine J. Jefferson-McCoy; nieces and nephews: Anita M. Jefferson-Edmundson (Marcus), Manuel P. Mahan (Leticia), Alexis Walls-Miller (Julien), Taylor McCoy, G. Elijah Gabriel; his great niece and nephew: Briana Edmundson and Anthony Edmundson; his Aunt Barbara (Bea) Reese and family; his former wife and dear friend Josephine M. Jefferson, his precious fiancée and friend Elayne Stith; his best and lifelong friend Douglas “Fuzzy” Hughes and many, many loving friends and relatives.

THANK YOU FOR YOUR SERVICE!

Share Your Memory of
Captain David
Upload Your Memory View All Memories
Be the first to upload a memory!
Share A Memory
Send Flowers