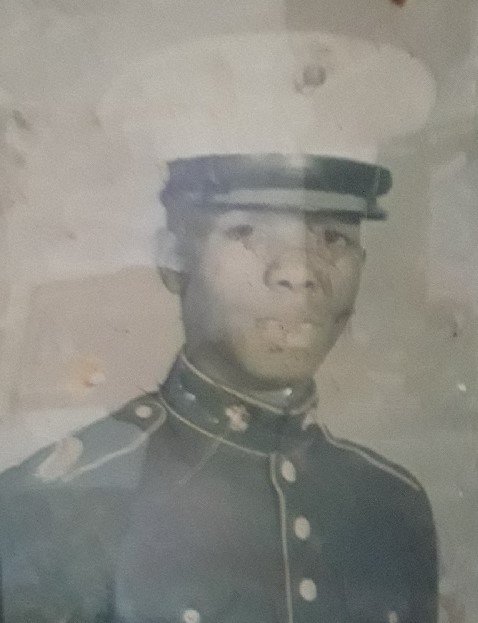 Albert David Hines, Sr. departed this life peacefully on September 8, 2019 in his home under the care of his wife and children.

Albert was born August 5, 1946 at Cooper Hospital (Cooper Medical Center) Camden, N.J.  He was the son of Wilder and Vera L. Hines of Newtonville N.J.  Albert was a fraternal twin to Alfred Douglas Hines.

Albert received his formal education in the New Jersey public school system.  Albert proudly joined and served his country in the United States Marine Corps from 1964-1970.  Albert served 2 tours of duty in Viet Nam during those years.  While fighting for his country Albert received metals  for being a Rifle expert, M-60 machine gun expert, Good Conduct Metal, National Defense Metal, Vietnamese Service Metal, Vietnamese Campaign Metal.  Upon returning home after his last tour of duty he worked in construction, he also worked with his brother Lester in his Hines Refrigeration and Heating business.

Albert met his wife Dyanne while she was walking down the road. He was determined to get her attention and he pursued her like a hawk until he caught her.  Albert will be remembered for his kindness and soft heart.  He was a strong soldier but he had a gentle spirit towards people.  Albert loved his children and would do whatever he could to help them.

Albert loved fast cars and enjoyed having a good time.  In his youth he loved baseball and was a great pitcher.  Albert loved being outside on his lawn mower cutting “his own grass”.  He loved to fix things, he would tinker around outside always doing something.  He took pride in “protecting” his property just like the military soldier he was.  Lights out at 6pm, all alarms on blinds drawn.

Share Your Memory of
Albert
Upload Your Memory View All Memories
Be the first to upload a memory!
Share A Memory
Send Flowers