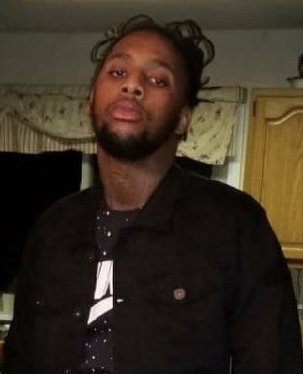 He attended the Winslow Township school system. As a young child he loved to ride his bike around his hometown of West Atco, NJ. He also enjoyed playing basketball at the courts, playing with his cousins and hanging out with his brothers.

As a young teenager he moved to Sicklerville, NJ with his mother and his four brothers. He became good friends with a young man named Denarius, the two of them were inseparable. Dominique loved to go to the casino's where he was very lucky on the tables. He also enjoyed going to the clubs and dancing. His love for his family was so great that he and his grandmother Daisy Robinson would laugh and clown around all day at the house.

His one and only dream was to become a rapper. But his greatest joy was being with his nieces and nephews and the tremendous love he had for big Lin and his father Kerry.

Share Your Memory of
Dominique
Upload Your Memory View All Memories
Be the first to upload a memory!
Share A Memory
Send Flowers
Plant a Tree