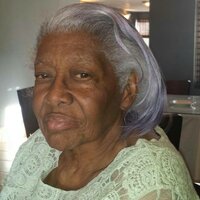 On December 24, 2021 Loretta Murray went home to be with the Lord after succumbing to a sudden illness. Loretta Frendessa Murray (nee Harmon) was born June 1, 1937 to the late Anna Sarah Harmon. She was the eldest of five siblings and was educated in the Haddonfield School System. She married William H. Murray, Jr in 1956. The couple initially resided in Lawnside, then Berlin for most of their marriage. The last home they shared was in Sicklerville, NJ. She was sadly preceded in death by her husband of 57 years, sons Michael and Kenneth and brother Keith Newton. Loretta was employed for many years as an administrative assistant with the Camden County Council on Economic Opportunity then worked as a school bus driver, a job she cherished for over 40 years. She drove for various bus companies in south Jersey until her retirement. The majority of her driving years were with the Winslow Twp. Board of Education. She was known for being a dedicated, strict no-nonsense bus driver who almost never turned down a run. She was also known for her love of both reading and sewing. But the thing everyone knew about her was that she had an uncanny ability to remember numbers, most especially birthdays and license plate numbers. Loretta raised 9 kids but claimed hundreds more. Everywhere you turned you could meet someone she called “one of my kids”. Likewise, you would frequently hear people said “Ms. Loretta is like a mom to me.” She leaves to mourn 8 children Celia (Cee Cee), Lorraine, David, Eileen Hudson, Anjanette Coverdale, Juanita Smalls, Ivan and Jai; 33 grandchildren, 36 great grandchildren, sisters Anna (Joyce) Fleetwood, Bernice Newton, brother Fred Newton, sisters-in-law Mary Robinson, Betty Murray and Rose Newton, brothers-in-law Alexander and Ernest Murray, cousin Norma (Marie) Ingram and dear friend Sharon Frame as well as a host of other relatives and friends. She will forever be in our hearts and memories.