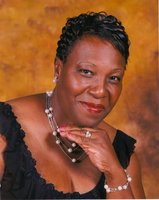 Hope Jean Christopher, affectionately known as Hopie, Kuz, mummy, mummy-mummy, momma, and grandma, transitioned to her spiritual home in the heavens on Tuesday December 22, 2020. Her passing occurred at Temple University Hospital, in Philadelphia, Pennsylvania, after a courageous battle with an illness. Hope resided in Sicklerville, New Jersey since 2017, after relocating from New York shortly after retirement. She relocated to fulfill her wish to be closer to her children and grandchildren. Hope Jean Christopher was born on Monday November 10, 1947 in Bath, St. Thomas, Jamaica, to Alton and Jane Whittle. She was the youngest of eight children, which comprised of seven sisters and one brother. She attended Carron Hall Technical High School, where she excelled in subjects such as English, Civics and Culinary Arts. She was an inquisitive student and often engaged in immersive conversations with her teachers and classmates. After high school, Hope became a Teacher’s Aide at a local primary school where she met her husband-to-be, Aston Christopher; they married in 1969. Hope and Aston have three children, Wayne, Roger, and Keree. Hope was the epitome of strong work ethics, excellence, and ambition. She relocated from Bath to Kingston in the early 1970s, where she attended and graduated from Mico Teachers’ College. She then joined Cockburn (pronounced ‘Coburn’) Gardens Primary School as a Staff Teacher. She taught at Cockburn Gardens for several years before emigrating to the United States with her family on July 4, 1987. Upon arriving in New York, Hope briefly worked in sales and the education field. It was not long before her passion for helping others led her to embark on a career in nursing. She attended the Helene Fuld School of Nursing at the Borough of Manhattan Community College, before transferring to and graduating from BOCES in Long Island, New York, as a Licensed Practical Nurse. She then continued her studies at the College of New Rochelle, New York, where she obtained a Bachelor of Science Degree in Nursing, with honors. Hope held nursing positions at Jamaica Hospital and Bridgeview Nursing Home before retiring as a Nursing Supervisor from Benenson Pavilion Rehabilitation Center, in New York. She loved to cook and bake, kept an immaculate home, and was particularly skilled in the lost art of crocheting. She also loved participating in church activities, decorating, gardening, and traveling. Within the last ten years, she traveled for leisure to Australia, the United Kingdom, France, Belgium, Germany, Dubai, Abu Dhabi, Spain and Morocco. Hope loved God and joined the Christ Care Unit Missionary Baptist Church shortly after moving to New Jersey. She was water baptized there and recommitted her life to the Lord. Hope was a devoted mother, grandmother, wife, sister, and friend. She had a captivating smile, kind spirit, and generous heart. Her love and care touched the lives of many. Hope is survived by her husband, Aston, children, Wayne, Roger and Keree and grandchildren, Serena, Roshaun, Amani, and Teja. She is also survived by her sisters Delva Whittle-Allen and Joyceline Whittle-Carty, and her brother David Whittle, Sr. She had countless nieces and nephews including: Annette, Olivine, Norberry, Denise; David, Dwight, Tricia, Ashley, Monique, Tiara and others.