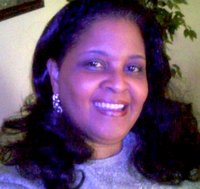 With love, Cherell Bertice Brown was born to Gerald Ronald and Hortense Valerie Brown in Atlantic City, New Jersey on July 15, 1961. She attended Atlantic City Schools and graduated with the Class of 1979. She attended college at Atlantic Community College and excelled in business school in 1985. She worked at Caesars and Showboat in their VIP Service. She was asked to compete in the Miss Caesar’s Pageant in line with the Miss New Jersey and Miss America Pageant and placed in third place. Having a great desire and natural ability to understand children and youth, she later worked for the Division of Youth and Family Services in the city. She became known as “Mom Mom” to many children and youth whom she mentored. Cherell loved to dance! During her youth she was a dancer under the leadership of her favorite dance teacher Ms. Johnson for most of her childhood. One of her most memorable dance pieces performed later in adulthood was to Somewhere in My Lifetime en pointe for the Sugar! production that received a resounding applause. The Sugar! Show was later produced on local cable television. Anyone who knew Cherell knew that she loved the Lord and her love for the Lord was at an early age. She was certain of His grace and mercy. She was a faithful member of Victory First Presbyterian Deliverance Church for thirty years. Over the years, she has served as a missionary, usher, adjutant, youth advisor, dance instructor, elder and administrator. On several occasions, she gave an encouraging message for Sunday morning services. Cherell joyfully praised the Lord in her daily service and ministry to others through Facebook. Every morning, having 1,739 followers, she provided beautiful affirmations for having a great day, celebrating the joy of the season, your birthday, and condolences for the loss of a loved one. When followers responded, she replied with “I Love You” or “Real Love” … to all 1,739 of them. That was the way she was, giving her time, sometimes advice, supported by a verse from the Bible. You could count on a five hour conversation ending feeling happy. She was indeed a beacon of light and love for everyone who crossed her path. Cherell is predeceased by maternal and paternal grandmothers; Joanna View and Bertice Haines; maternal and paternal grandfathers, Elijah Johnson and Leroy Haines; her magnificent mother, Hortense Valerie Brown; son, Elijah Myrell; sister, Sylvia Joanna Johnson; uncle, Anthony D. Haines, and close cousin, Angela L. Copes. To continue her legacy, cherish her love, and spread her light, she leaves her father, Gerald R. Brown; daughters, Ashanti Izara and Zorana Lolette; children of love, Shamarr Levine, Amirah Yvonne, Amber Gabrielle, Freda Nycole and Terrence Lamont; niece and nephew, Zelda Lolette and Scott Van Doren; Mom Mom’s babies, Logan Omari and Avery Adonis; the “Golden Girls,” Michelle Walker, LaTonya Hicks and Lenora Walker; and big sisters, Debbie Thomas and Gloria McCain-Hughes. So much love was experienced by a host of aunts, uncles, great nieces and nephews, cousins, godchildren, church family and friends. Well done thy good and faithful servant