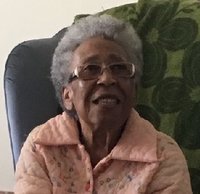 On Thursday, October 8, 2020, after 3 months of struggling with the effects of a stroke, Bernadine Gwendolyn Loundes 87, peacefully died in her sleep at the Cambridge Rehabilitation and Senior Living Center located in Moorestown, NJ. Bernadine (Bernie) the seventh child of Lola and Alonzo Scott was born on February 25th, 1933 in Norfolk, Virginia. Bernadine was predeceased by all of her sisters and brothers including Paul, Lawrence, Lola, Eleanor, Idalia and last year her oldest sister, Doris Wilson. In her youth, Bernadine attended school and worked as a paper girl for the Journal and Guide Newspaper, one of the first Black newspapers. She later achieved her associate degree in education from Norfolk State College which is now Norfolk State University. Bernadine’s mother and her closest sister, Eleanor Jordan also worked for the Journal and Guide and so did her future husband, Thomas Augustus Loundes of Portsmouth, Virginia. Bernadine and Thomas eventually fell in love and married on May 14, 1952. Thomas (Tommy) was an Airman, 1st Class when he and Bernadine got married. They soon began the adventure of living a military life by traveling domestically and internationally. They welcomed their only daughter, Angela in 1958 and continued life as a military family traveling the world and country. After 23 years of Air Force service Thomas decided to retire and moved his family to Willingboro, New Jersey. The family settled in nicely and Bernadine began a career of working at the local Woolworth’s at the Willingboro Plaza for over 25 years. While there she made many friends, some of which became very dear friends for a lifetime. Bernadine was an avid card player and she played Pinochle every week with Pat Mitchell, Terri Schiavi and Gail. Overtime the group dwindled down to just Bernadine and Pat and the two remained to this day bonded as if they were sisters. Bernadine’s Pinochle playing was also how she became introduced to her daughter’s husband’s family. She walked in the room announced she could play the game and no further introductions were needed. Bernadine loved to watch sports but her all-time favorite was football. Her favorite team was the Eagles. Sundays, Monday nights and some Thursday nights were her days to enjoy a good game. She was such a fan that she would prepare a huge meal for the Super Bowl game as if it was a holiday. Bernadine was also a great lover of plants and gardening. She often would bring home seemingly dead plants from her job at Woolworth’s and miraculously bring them back to life. She regularly grew vegetables and various flowering plants inside and outside of her home. Her daughter transplanted some of her plants to her home when she moved to Delaware. Now her yard serves as a great memorial to her mother’s “green thumb.” In the Summer of 2018 Tommy and Bernadine were forced to evacuate the home they lived in for almost 50 years due to a freak flood. They were forced to live in a hotel for two months while trying to figure out how and where to live the remainder of their lives. They decided to remain in Willingboro so that they could stay close to their friends and the environment they called home for so many wonderful years. As it should be, Bernadine was the last of the Scott children to arrive on this earth and the last to be called Home. Bernadine leaves behind Tommy, her beloved husband of almost 70 years; her cherished daughter Angela Butcher of Claymont, DE and her husband Brian Butcher; her favorite nieces, Brenda Clemmons of Virginia Beach, VA and her children Kim Clemmons and Tracy Clemmons; Suzanne Woodard and her children Michelynn Woodard and Derek Woodard of Austin, TX; and favorite nephews Delmont Neal and his wife Deborah and children Daria Neal and Delmont Alexander Neal; William Johnson and his daughters Margaret Johnson Garliz and Lisa Johnson; beloved friends, Patricia and Olin Mitchell and their children Philip, Roland, Audrey and Jocelyn and their families; Pat Lewis; Valerie and Daryl Stewart; Tommy Wiggins; Helen and Frank Chase; and so many more loved ones and caretakers too many to name. Acknowledgement Our family wishes to acknowledge with deep appreciation for the many expressions of love, support and kindness shown to us during our time of sorrow. Please keep us in your prayers.